We’re opening for Death of Samantha’s long-awaited return to NYC tomorrow at Baby’s All Right! 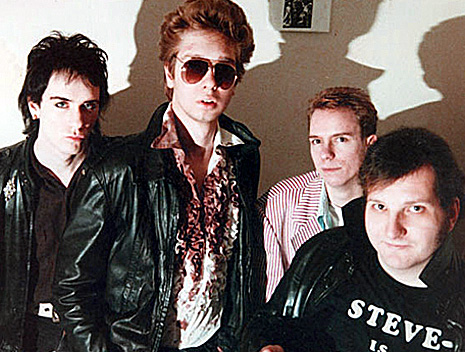 Death of Samantha, via Dangerous Minds

Death of Samantha hasn’t played NY since CBGB circa 1990! The legendary Cleveland band recently reunited to play shows in Cleveland and Columbus, WFMU’s SXSW show, and a few dates with Guided By Voices.  They also recorded a practice session full of favorites from their 1980’s Homestead releases. It’s out on a double LP, If Memory Serves Us Well

DoS went on to inspire a generation of underground bands while its members went on to new projects including Cobra Verde, Gem and some of thee most classic Guided By Voices. Just this year, singer John Petkovic released the second LP by his band Sweet Apple, featuring J Mascis, Mark Lanegan and Bob Pollard! Guitarist Doug Gillard released his first solo LP since 2009, and it’s chock full of jams! We had the chance to open for Doug earlier this year at Cake Shop, and to see his band play with GbV at Bowery Ballroom, the new songs are instant classics, Parade On is highly recommended.

Dave Hill, also one of Cleveland’s finest, is on the bill too. He plays in the bands Diamondsnake and Valley Lodge and has a new book Tasteful Nudes: …and Other Misguided Attempts at Personal Growth and Validation. We’re not sure what he’s going to do at the show, but it is not to be missed!